It always amuses us that when we go on holiday we are drawn to the historical aspects of the city or place we are visiting. As we drove through Ned Kelly country on our way here to a Canberra, we often discuss the places such as Glenrowan and their significance for our cultural heritage. Of course, when in Canberra a must see for Australians and overseas tourists alike, are the old and new Parliament Houses. They are icons of our identity.

Set parallel to one another and only 300 metres walking distance apart, the two Houses are indeed worlds apart, both in architecture and modern significance. 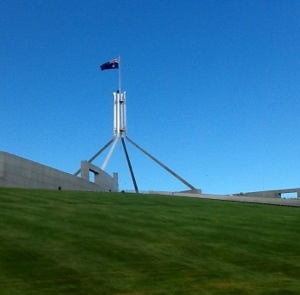 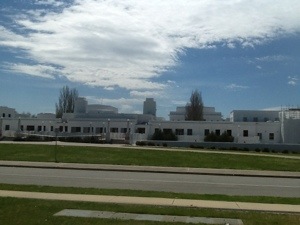 I can’t really say which one I preferred. New Parliament House circa 1988, is certainly modern and thrust into the 21st Century with its bright and colourful chambers and glass and steel facade. However, what caught my eye in both Houses we the similarities in light fixtures. It is as though one looks back to the past for inspiration and knowledge whilst the other seeks to find innovation and foresight. Both “light” our democratic paths. 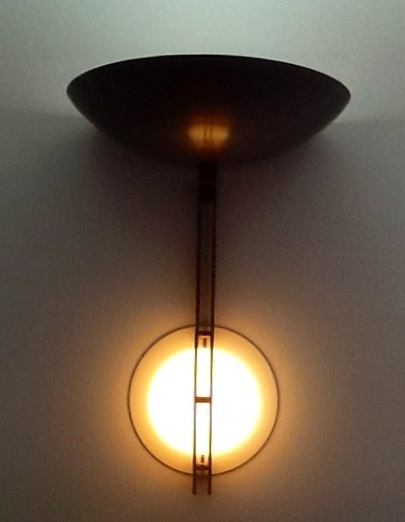 One can imagine the historical figures of politics and royalty standing beneath these illuminated pendants.

Indeed, both venues balance the old and the new and are tributes to the men and women who guide and led our nation in peace and in war; in times of great social change, political upheaval and national pride.

The past is never fully gone. It is absorbed into the present and the future. It stays, to shape what we are and what we do. Sir William Deane, 1996. (Judge and former Governor General).

Let us now remember to see the past as an investment in our future and see our future as a beacon of hope and enlightenment.

One thought on “The Light of Democracy”

This site uses Akismet to reduce spam. Learn how your comment data is processed.